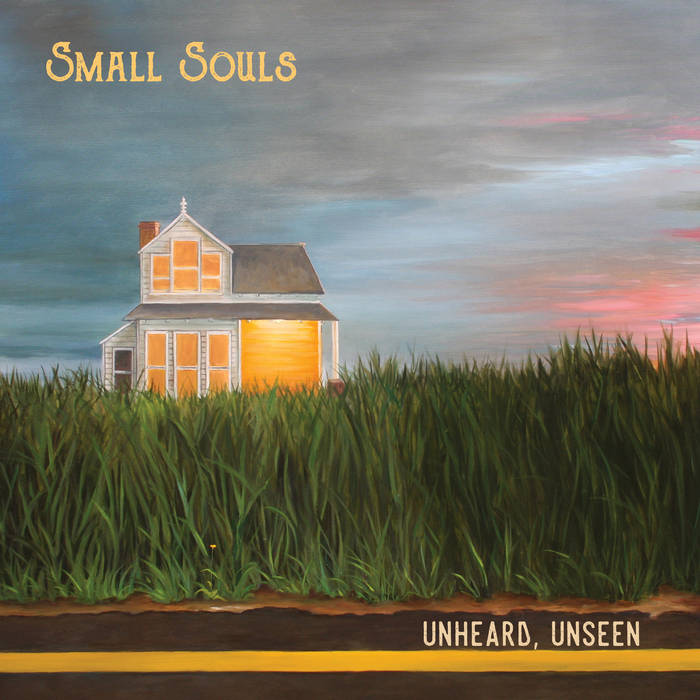 After the 2009 release of his first album as a solo artist, Portland-based singer/songwriter Brian Rozendal started looking to expand his sonic options through the addition of a live accompaniment to his stripped-down folk stylings. Through the metaphorical grapevine, local engineer and multi-instrumentalist Bryan Daste caught wind of the opening and promptly recorded a pedal steel “audition tape” over a MySpace download of the album, and on hearing it, Rozendal found himself with little choice but to bring him on board.

With Rozendal handling the songwriting and Daste the production, the pair quickly recognized the success of this new, collaborative process, and the solo project evolved into its current form: the “post-folk” duo, Small Souls. Unheard, Unseen is their second full-length.

Recorded by Daste at his [The] Magic Closet studio in southeast Portland, the 11-track collection plays as something of a tribute to folk as it reaches into the furthest corners of the genre. They say you have to look backward to move forward, and in honoring their roots, something new and progressive has been created by a band that deserves to be both heard and seen.

“The Portland duo Small Souls aims to do for folk what newgrass did for bluegrass with their "post-folk" sound.”
- Jonathan Frahm, PopMatters (Aug 31, 2017) ... more